Manufacturing and the The Internet of Things (IoT)

The Internet of Things (IoT) is a hot topic passing between supply chain, logistics and manufacturing executives across the globe. But what exactly does it mean and how might if effect your business?

Great questions, we asked them too and offer a summary of what we discovered below.

In 2013, nearly exactly one year ago, Gartner predicted 26 billion devices will be part of the Internet of Things by 2020, a 30-fold increase from 2009. In fact, this report is great starting point on your IoT knowledge quest. Using existing Internet infrastructure, the Internet of Things refers to the interconnection of various devices and resources.  Using these smart devices, the possibilities for increased production, improved operations is massive. In other words, everything you have been working to improve, automate and advance technology-wise will suddenly become even more important where your success objectives are concerned. In fact, some are going as far as saying that the IoT is setting a fourth industrial revolution in motion. 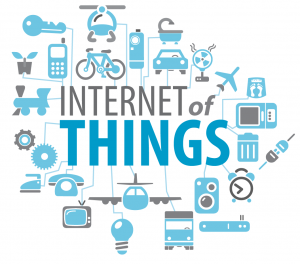 Just imagine using technology to create a leaner manufacturing process with fewer interruptions and near instantaneous response times. An autonomous process could be channeled from more automation on the factory floor up to an overall increase in robotics, and better utilized human expertise.  If machines could be controlled automatically or robotically then human beings could focus their energy on higher level problems that the face the operation.

The use of robotics is becoming more and more common across all industries from automobile manufacturing to the manufacturing of toilet paper, robots are here and as odd as that may sound, this automation isn’t going away anytime soon.

Factory of the Future

Adopting the (IoT) practice would mean that your operation could extend far beyond the physical boundaries of your plant, and would instead connect multiple plants in various geographic locations. But before this potential can become a reality leaders must be able to envision the vast value potential and the cost reductions that would be possible in a factory of the future.

Smart manufacturing is the way of the future, and central to the trend that suggests a new industrial revolution is on the horizon.  It is believed that the IoT will be incorporated in the manufacturing process for both Business to Consumer (B2C) and Business to Business (B2B) markets. The internet and the manufacturing industry has finally defined a way to optimize on business processes from how goods are transported, processed, stored, distributed, supplied and shipped throughout the world.

What are your thoughts on the Internet of Things?